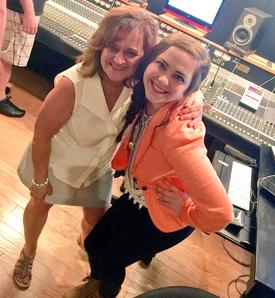 “She who leaves a trail of glitter is never forgotten”

devoN Nickoles is a country pop singer songwriter and Maryland native who has been making a name for herself in the music industry. Her love for country music and performing cultivated into what it is today from
the tender age of just 11 years old, where she started pursuing a career in the business. By 13 years old she flew

to
LA to record her first 10
song CD in the old Beach Boys
studio along side Marty Rifkin. She then went on to release her first music video
at 15, directed by Roman White
and at 16years old devoN graduated
high school early to further pursue her
career in music. By the time she
was 20, she had worked with
Howard Willing, Kirsti Manna
and Jett Williams. Had a single
on local radio and performed all around the East Coast as well as Nashville. Now 23, devoN has opened up and shared the stage with many of today’s country stars from Dylan Scott, Jordan Davis, Dylan Schneider, Trent Harmon, Mitchell Tenpenny, Brandon Ray, Kalie Shorr, Tenille Arts, Haley&Michaels, Ben Gallaher, Jacob Davis, Jordan Rager,Colt Ford, Filmore, Sam Grow, Honey County, Seaforth, Rayne Johnson and Parmalee to country greats like Martina McBride,Shenandoah, Joe Nichols, Diamond Rio, Sawyer Brown, Trace Adkins, David Lee Murphy and Rodney Atkins to name a few!
devoNs influences span from superstars such as Whitney Houston and Celine Dion, to crossover stars Taylor Swift, Maren Morris, Carrie Underwood, Kelsea Ballerini and Kacey Musgraves to country greats like Martina McBride. These artists transcend into her powerhouse vocals and country pop sound while captivating the audience and stage every second she’s on it. Her single "Radio's On" has now reached over 120,000 streams on Spotify and was in rotation on local radio. While her new single "Lightning" , just released in September 2019, has now over 13,000 streams and was added to 7 radios stations including The Highway Sirius XM radio. devoN believes if you
have a dream and work hard
anything can happen!
​
“The biggest adventure you